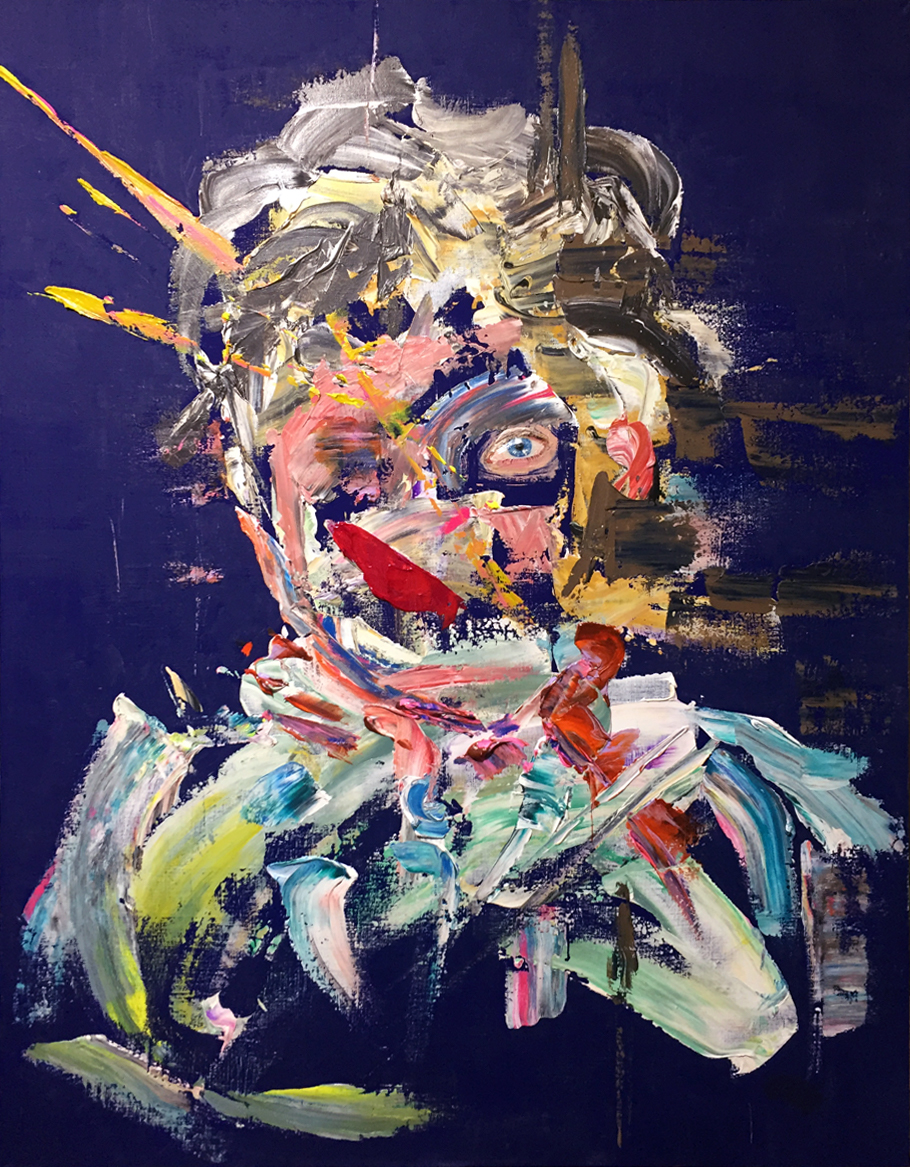 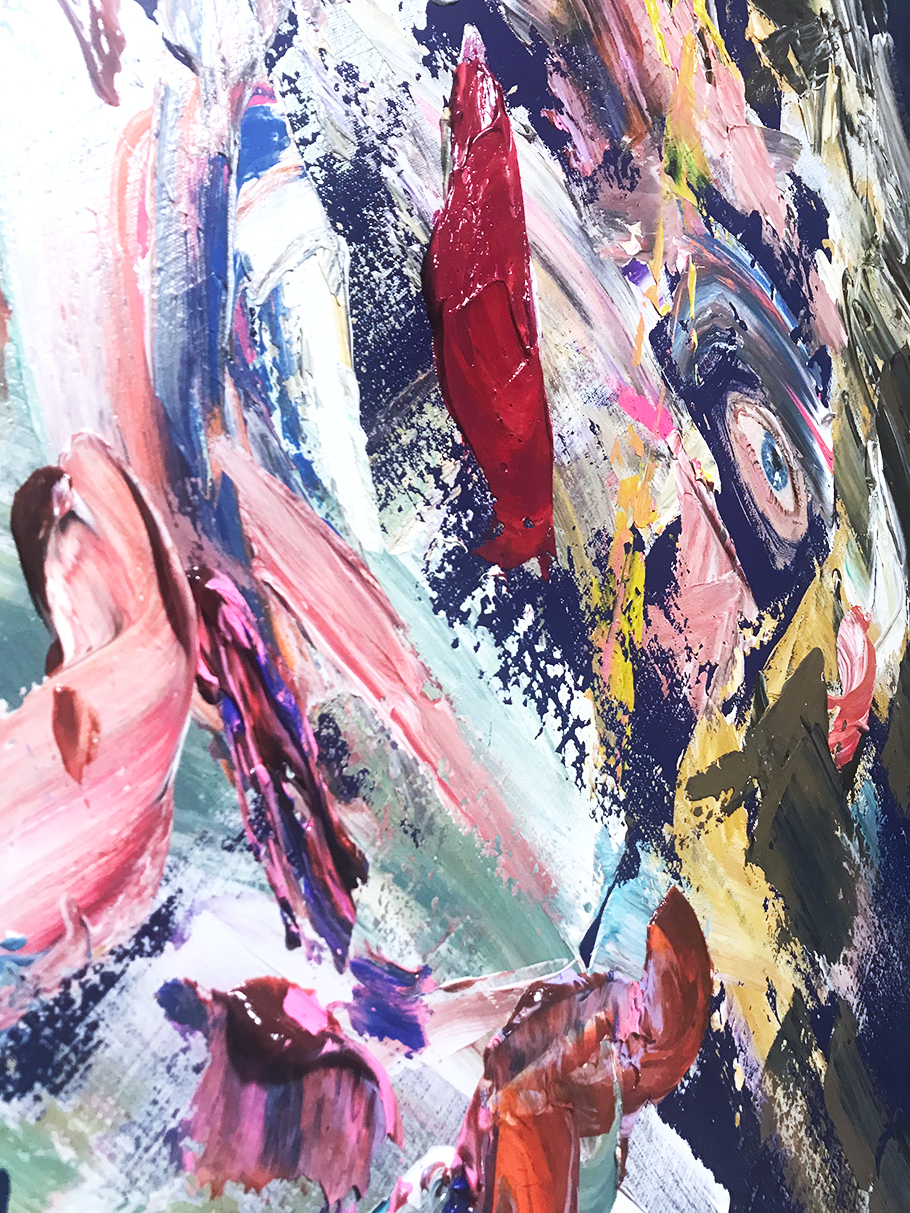 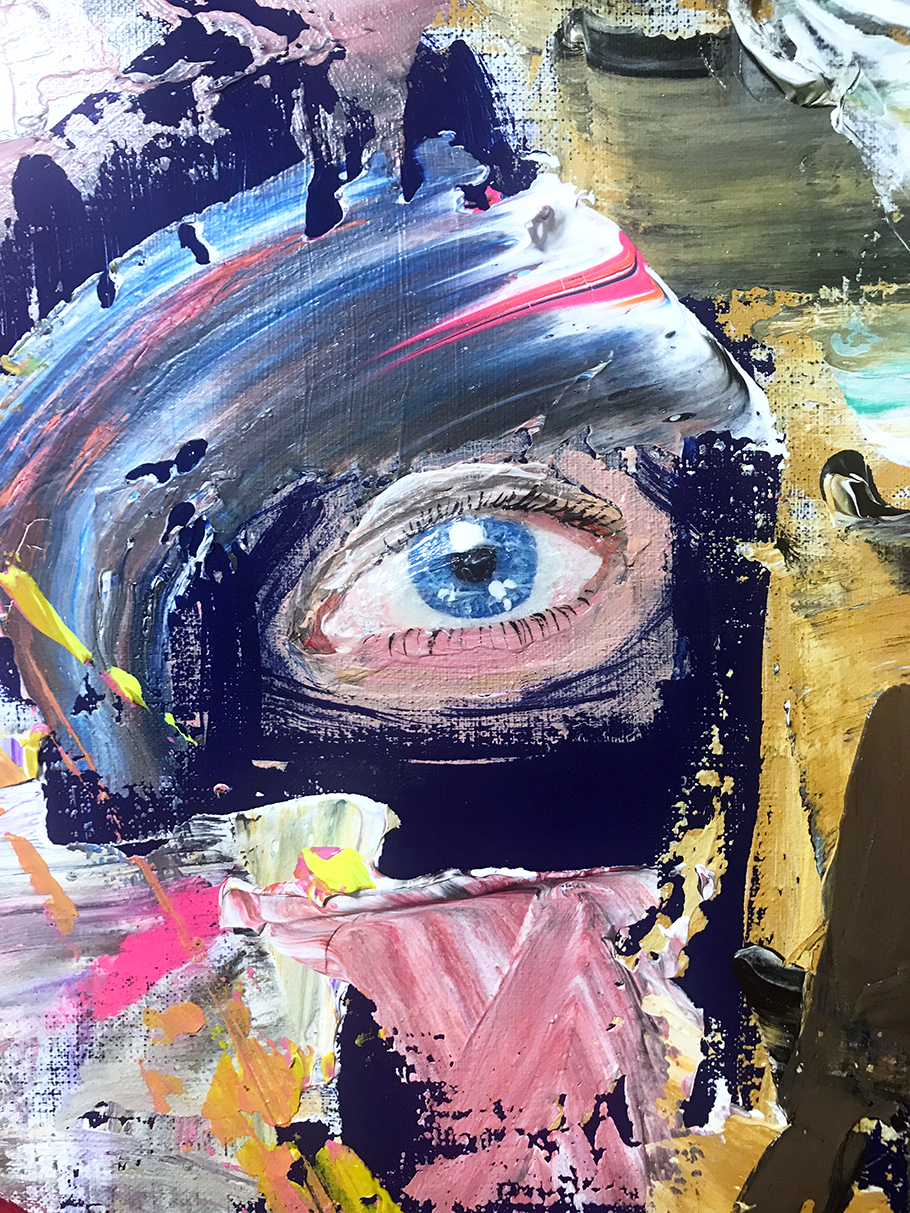 This artist grew up in Japan famous for Ukiyo-e. Most of the ukiyo-e are portraits and he is also a portrait painter. Another of his roots is Francis Bacon. Francis is also from England, an island country with a history of portraiture. He follows Francis and uses a method of drawing directly on the canvas without drafting. It is an operation to look for the form that occurs between chance and control.

He paints the essence of humans. He doesn’t emphasize surface visuals, but expresses characters and emotions in color. The work of improvising paintings is also influenced by Kazuo Shiraga.

The title of this work is “Self-portrait”. Humans must live with others and always be in the mood for others. In other words, others are like mirrors. Favorite mirror, dislike mirror, annoying mirror, mirror that does not say the real sound …
He expressed them with various colors and made one image. Then it was my figure.

The color used for the background is Prussian blue. The pigment is capable of adsorbing radioactive cesium, so it was administered to contaminated livestock after the Chernobyl nuclear accident and cleaned and bred. In the case of the Great East Japan Earthquake, a team at the University of Tokyo developed a sponge for soil decontamination. Currently, it is also approved in Japan as a drug that can be administered to humans.
It can be said that Prussian blue is the color of purification and comfort. And in recent years, this color has also attracted attention as Hokusai Blue.